Our customized birthday cucpakes are still making waves... They're cute, they're easy to eat and most importantly they tell your story! :) Here's a look at some of the cupcake sets we've done thus far... 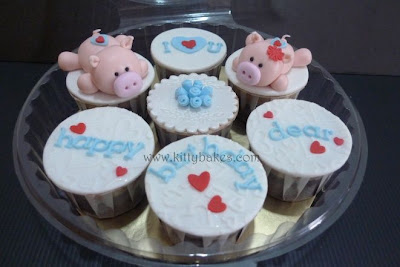 This client had a very clear idea of what she wanted. In fact she sent us a sketch to illustrate what she wanted! Two piggies and the overall theme in blue, white and a bit of red hearts.﻿ 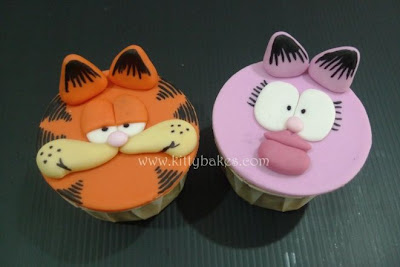 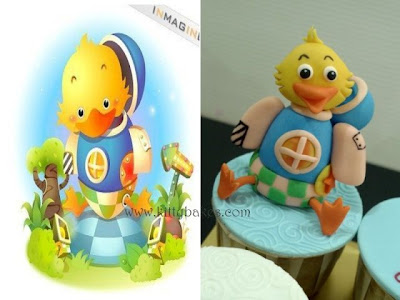 Meanwhile, this client wanted ducks and sent us the cartoon duck photo on the left. Our fondant version on the right :) 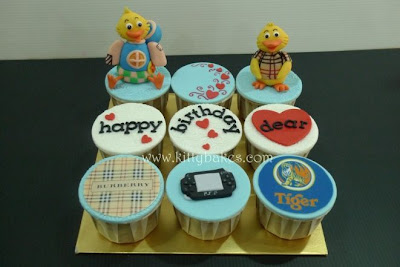 The complete set of cupcakes 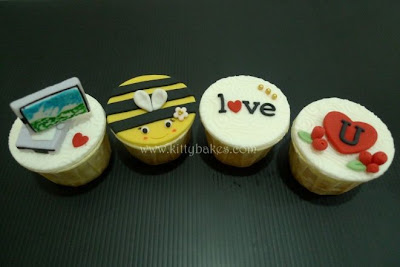 A sweet set of just 4 pieces. Definitely one of our favourites! 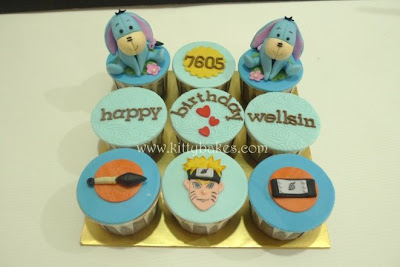 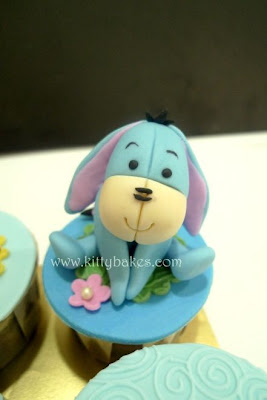 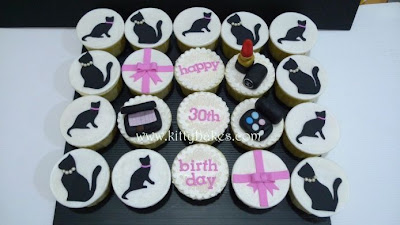 A cat themed cupcake set with some Channel cosmetics...
﻿ 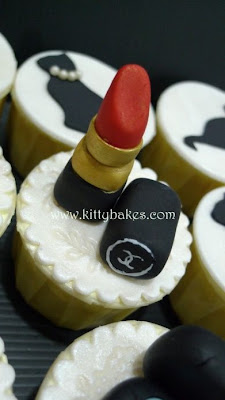 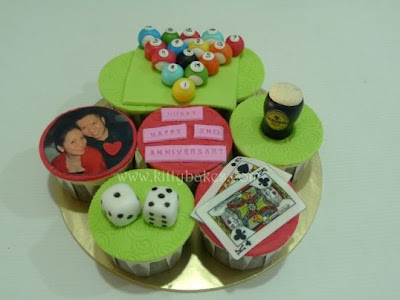 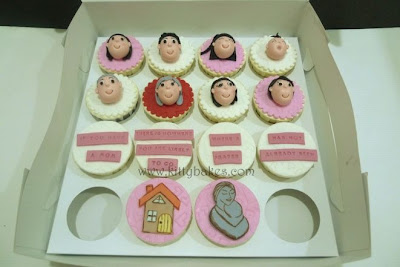 A cupcake set for a mother's birthday, featuring 'head shots' of the family members and a quote that reads "If you have a mom, There is nowhere you are likely to go, Where a Prayer Has not already Been." 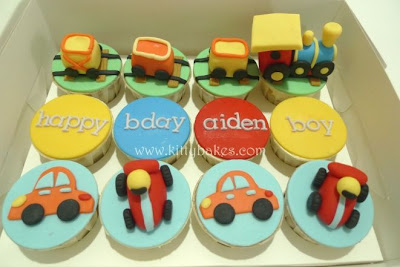 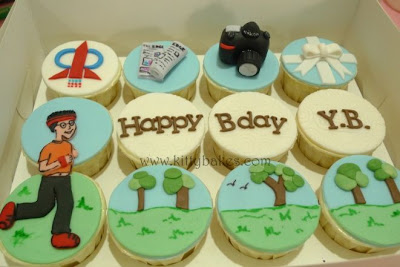 A birthday cupcake set for an elderly gentleman who likes jogging and reading the papers. :) 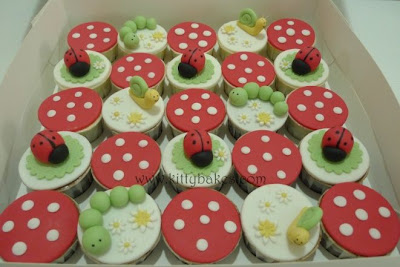 Our take on "Enchanted Garden" cupcakes requested by a client. Originally design by the awesome Hello Naomi! :) 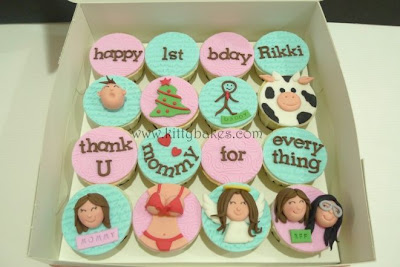 A birthday cupcake set Baby Rikki from the mom's BFF. :) 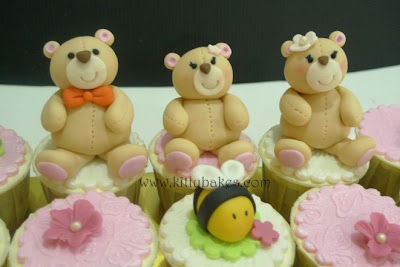 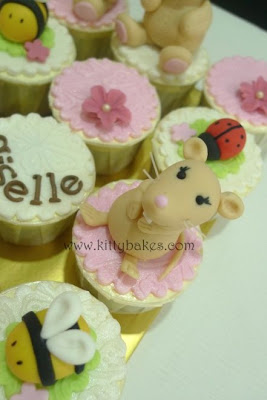 Birthday girl Giselle who was born in the year of the rat. 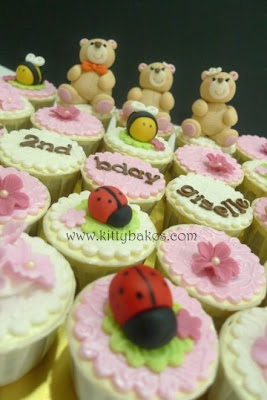 Email ThisBlogThis!Share to TwitterShare to FacebookShare to Pinterest
Labels: Cupcakes

At Kitty Bakes we aim to delight! Using only quality ingredients, coupled with lots of creativity and an abundance of passion, we hope to create delicious morsels of indulgence just for you!

To order - check out our How to Order Page!